Da Hood FellaZ (@hoodfellaz3) is a trio from Richmond, California. The group was discovered by a private investor by the name of, Courtney Triggs (@ctriggsthebay) who later became the Executive Producer of the album, “From Grind’n to Shine’n” which is what established the ground roots foundation of the group.

Da Hood Fellaz is known as Johnny Cash, YS, & Pete Eruption. The group was put together in 2001 after the release of Pete Erupt when the charges against him that held a life sentence were dropped. The group knew in order to stay alive and out of jail they had to take their talent and dreams outside of the city limits of Richmond. The name of the group was thought up by Johnny Cash. He said, “coming from where we from we have to do this for every hood in America”. A little time after meeting C. Triggs, the group signed a single album deal with “Play To Win Records” that was owned by Courtney Triggs at that time. This couldn’t have come at a better time for the Fellaz. The group was taken to the studio that C-Bo’s Mobfigaz recorded in with in-house producer, RobLo & Maki. The group wanted the album’s title to be a reflection of their upbringing after losing so many Friends and Family members to the deadly streets of Richmond. The first song recorded on the album was track 2, “HOOD FELLAZ” that turned out to be a Richmond anthem even with all of the separation that was going on.

And after establishing such a solid connection with the group “The Mobfigaz”, they later recorded what would become a dopeboy classic, titled, “Crazy World”, featuring Husalah.

That sparked a unity between Pittsburg and Richmond, California. After the debut release of the Hood Fellaz album, “From Grind’n to Shine’n” the group was pleasantly surprised by the instant recognition that they received. With the promotional tools such as flyers, posters, stickers, merchandise and a 1 minute commercial filmed in the Northern part of Richmond that was aired on BET over the course of a month. Also being supported by the neighborhood and the artists that came out to be apart of that moment with the Fellaz.

That led to constant orders from distribution outlet asking to press up more and more units to distribute to the major record chains at that time such as VIP Records, Amoeba Music, Tower Records, Rasputin, SAM Goodies, and some of the Mom & Pop spots that sold music and supported local artists through Northern California all the way up to Washington State. Being 20 something thousand copies short of selling 100,000 and going ghetto gold had the Fellaz, well they would’ve said, “Juiced!”. The Richmond based group really made a name for themselves which later fueled the solo career of Johnny Cash, tha Fast Gunna. Johnny Cash later became one of the most well known Rappers to thrive out of Richmond California who later signed a deal with Big3/Nerve Wrackin that was distributed by Universal Records in 2003.

Cash figured he would go the commercial route to take the hood to another level, and he did just that. Songs like, “Watch Out” and “Love Letters”. Cash later became a member of the group called, “Money Gang” with Rydah J. Klyde of the Mobfigaz back in 2005. They were known as two Fly Gangstas. After the passing of Johnny Cash in 2008 due to gun violence, his Brother Tay (@Jontediorrealestate), his Mother (@Castaneda_1), his Uncle Kevin (@Ee.everybodyeat), his Cousin Pedro (@Pedro_Jetson) and members from Money Gang Mobb have continued to keep Johnny Cash’s legacy alive. Find him featured on the movie soundtrack “Fruitvale Station” in 2013, but also his Mother and family releasing projects like, “Cash & Friends”, “Birthday Cash”, “In the Name of Almighty Dollar”, and “In My Shoes”. On August 11th 2022, everyone came together for the rerelease of Da Hood Fellaz album, “From Grind’n to Shine’n” for the 20th Anniversary while also working on “Johnny Cash of the Hood Fellaz” documentary. There’s also been some light talk about a movie of the very talented well-known Fella name Cash from Richmond California. 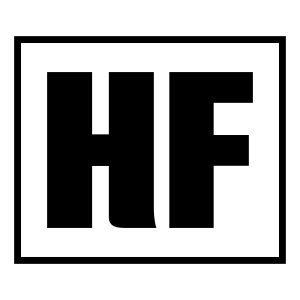 Rico A. Saggus of Atlanta Georgia 2022 Net Worth