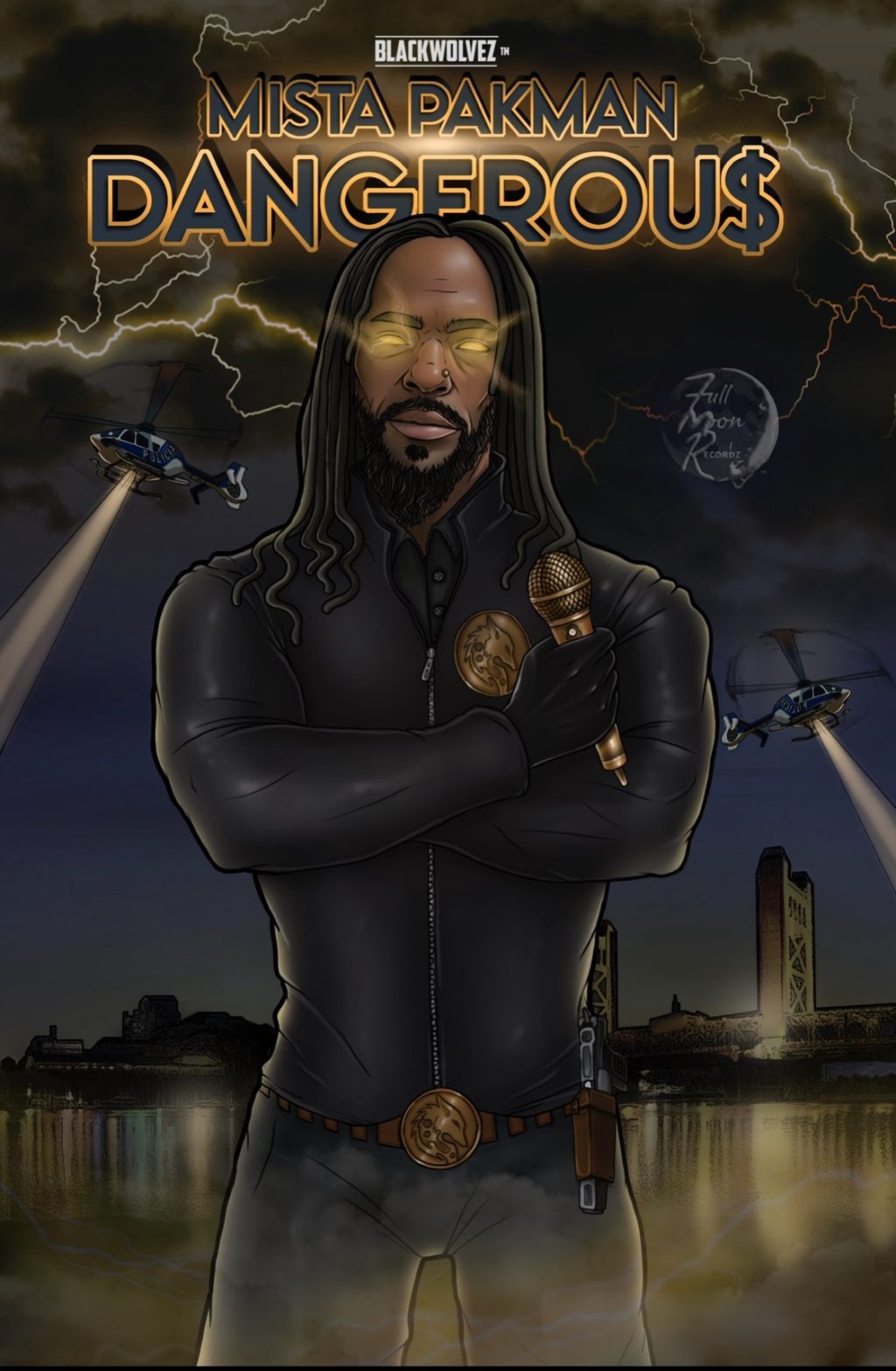 Time in the studio can be therapeutic as Mista Pakman Dangerou$, from Sacramento,CA released his new album ‘Legal Dope’ November the 4th 2022. With a high profile the artist continues to hustle with ambition, the album represents one of Mista Pakmans group Blackwolvez sayings “Legal Dope” which is used many times in the Rap & Hip-Hop culture referring to Hip-Hop and Rap music as Legal Dope since selling illegal drugs on the streets is considered a bad thing, it’s used in the context of Legal Dope because it’s an outlet for most musical artist who are coming up in the Rap & Hip-Hop world genre of music.

Mista Pakman believes many rappers who are wise use their talents and gift of Rap & Hip-Hop to get out of the streets, while many nowadays have chosen to use the music genre to make it into the streets, Mista Pakman of Blackwolvez and Trip Sevenz founder of Full Moon Recordz and Trip Sevenz Recordz comes with a new message that points out the very fault in the record business today. Mista Pakman who is Dion C. Florence started his career in 2007 with his biological father Andre Butler who was an Underground Rapper in Sacramento,CA in the 1990’s known in the 90’s as ‘Schitzo’. The Rapper Schitzo signed to Mac Dre’s label 2nd Life Entertainment in 1999, who was also featured on the compilation ‘Bloodline’ with two songs “Witness Da Terror” and “Toe From Da Flow”. Schitzo also was featured on Repo Ricks compilation ‘Repolation’ as ‘Schizo’ with his song “Keep On Pimpin” featuring Really Real. Mista Pakman is his first son, born in 1990 the American rapper who is Dion Florence began his Rap career in 2007, and became a group member of Blackwolvez in 2006. Blackwolvez released their first album “Global Warmin”  under Sactown Recordz in 2008, Mista Pakman is featured on the “Spider Dance Remix” has a solo song called “Mista Pakman” on the album and makes several appearances as well other songs such as “Ice Cold” “Dangerzone” and “Transforma Do’z” with many other appearances on songs. Mista Pakman became his own boss by 2018 starting his own record labels Full Moon Recordz LLC and Trip Sevenz Recordz LLC which would trademark both Blackwolvez ® and Trip Sevenz ® by 2020. Trip Sevenz is a production team as if 2013 and is also working on new music. Anticipating for more listeners, Mista Pakman Dangerou$ will release another project in 2023 titled “Out Tha Woodworkz”. However, Mista Pakman Dangerou$ has released “Legal Dope” to all streaming platforms worldwide to reach a massive amount of listeners. With the beats coming from his brother who is also Skitzo Thee Incredibles son, Jordan Rhone otherwise known as Cartier J you can find music on Cartier J on YouTube Spotify and many other streaming platforms the beat maker producer and rapper just released their new song “Slide Alone” October 21 2022. The Blackwolvez album “Medication & Tha Harve$t” is also available on all streaming platforms as well. Mista Pakman’s influential rappers are 2pac, C-Bo, X-Raided, Brotha Lynch Hung, Skitzo Thee Incredible, E-40, Above The Law, B-Brazy, Outlawz, The Relativez and many more. Mista Pakman Dangerou$’ album consist of the singles “On Ya Line (Where They Do Dat At)”  “Stripez” & “Cash on It” there are a few more that Cartier J produced.

“1 $hot” & “Let Me Know” from the Blackwolvez album ‘Medication & Tha Harve$t’. “Pak Em Out” was included in the catalog from the album as well as “24/7”. The American Rapper Mista Pakman also released these singles in 2022, “All Tha Time” “$o Dope” & “Gotta Get It”. Listen to the songs on any streaming platform you can also follow Mista Pakman’s Facebook Page Instagram, like and Subscribe to Mista Pakman on Youtube, Spotify and many other streaming platforms.