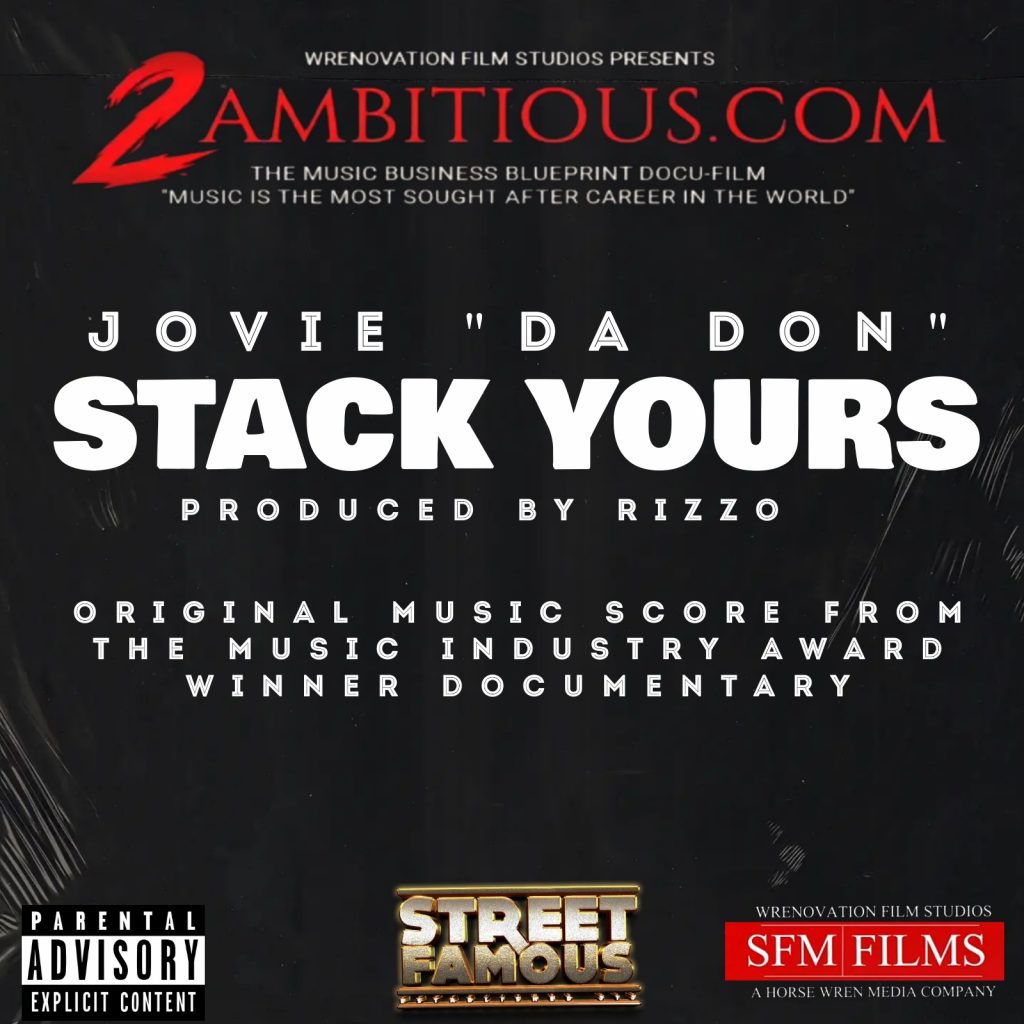 With the release of the 2AMBITIOUS.COM Music Celebrity packed business movie & soundtrack. The Hot off the track “Stack Yours!” by Michigan rapper named Jovie “Da Don” is making some serious original noise at several radio stations. Receiving 300-500 radio spins per week nationwide since it dropped! Even on debuting on iHeart & Hot97!

Street Famous Soundtrack Label has been waiting patiently to deliver original music scores like this song.

Produced by Rizzo for Aabit productions “Stack Yours!” fuses an sound that is as original as the artist spitting over the beat.

www.streetfamoussoundtracklabel.com owner, Horse ‘ El Caballo ‘ Wren promises to push each song to the limit. Street Fame Magazine streetfame.info has added QR codes to it’s covers to push the sales of the soundtrack. This song is streaming in the 2ambitious.com movie available worldwide on streaming platforms Vimeo In Demand, The Soulful Channel, Gumroad and several television stations.